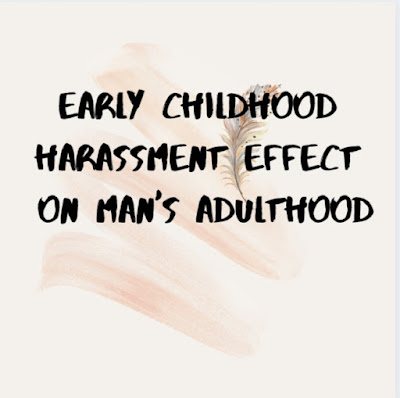 Well, honesty, I am quite reluctant to say this. However, I understand this story is important for me to share to unburden my memories. So, maybe.. Maybe,  I find in me to forgive and forget the past. Then, leave it behind. Because I understand that the past does not belong to the present or the future.

I know in my deepest heart that no one wants to have this sordid experience to be exposed. To tell your own memories of your father. How your early childhood harassment in family effect on your adult life. Neither do I.

So, I do hope. Sincerely, your kind heart will lay bare to ignore your pre-assumption and prejudice about me and those I love dearly. Then, for that, I say thank you. May Allah bless us for forgiveness.

You know, I still vividly remember my fright. My sister, my little brother (bless him) and I  tremble all over when my father came home. He always found faults in us. It made us dreaded the moment he went home and felt relief when he went away for work. Then, I felt a bit guilty. How can I feel that way to my father?

On his bad day, he easily snapped and lashed out at us. He beat us using whatever closer to his hands. Sometimes, rattan stick, belt, or his hand. And, my older sister and little brother often got the worse beat of all.

It was maybe because I have a weaker body. He took mercy on me. At that time I felt relief, and I felt guilty for my brother and sister. Until today I still feel a rock on my chest and it made me hard to breathe. Though, I did not say it to them.

Lucky us, my father never beat us when mamam was around. He passionately waited mam go to work and did what he did. And, you know what? We got double lucky because my father often went away.

Then, here I am, sitting in front of my computer. Trying desperately to recall my beautiful moment with my father. He is my father after all. But, I find my mind blank. Maybe, every single moment of it was blurred by the sad memories. Then, I only sigh now.

Frankly, I often hate him for whatever he did in the past. Though, now I understand that maybe he was a victim of his own family. But, I think that it does not justify what he did. Because, I guess, nobody know better how the hurtful actions may inflict pain on the victims.

Then, apprehension came upon me. I saw how my father’s brother (bless him, may Allah forgive his soul) treat his family. How I often saw him beat his children in his porch every day. Day and night. It made my skin crawl to see him. But, then he is my uncle after all. Still, I can’t forget what he did.

Once again, lucky us. My mother’s family is a loving one. Abah, my grandpa (bless his soul) often visited us and brought us gifts. We were so happy when he came. He was like sunshine on a gloomy day.

I might say that the father figure came upon him. We really adored him. He also often made us toys to play with. He taught us how to make a gun from banana trunk. Well, it was a happy memory for us. I think now that my brother (bless his soul) was closer to him than to his father.

Though the father now is a different person. He changed a lot after joining pengajian. Much better than uncle. I still can’t erase the frantic feeling when he tried to brush his hand on my head. What worst is I sometime doubt that he loves me.

Sometimes, in his old eyes, I see a glimpse of regret. Sadness he kept inside. Then, I felt guilty for not feeling warmth when he said his endearment to me. In my heart, it happens a little too late. I am an adult now anyway. No longer need that much display of affection. Though, I know that is a lie. It is just awkward to feel and to do it now.

Then, I read about Wounds that Time won’t heal: The neurobiology of child abuse written by Martin H, Teicher, M.D, Ph. D. He said some observations about patients who were abused as children. How abnormalities may account directly for the personality traits and other symptoms that patients manifest.

He said that perhaps the children's adaptive or protective mechanism have become counterproductive or self-defeating in the adult. Wounded child within the adult. Then, some may say. “Just get over it” to minimize the impact. Though, the case is not that simple.

The victim’s anger, shame, and despair can be directly inward to spawn symptoms such as depression, anxiety, suicidal ideation, and post-traumatic-stress. It can also be directed outward as aggression, impulsiveness, delinquency, hyperactivity, and substance abuse.

A range of persistent psychiatric disorders may also become the result of childhood trauma. The victim may have a somatoform disorder or psychosomatic disorder, physical-complaints with no medical cause. Another panic disorder is agoraphobia, the acute terror of being outside, especially in public.

I frowned upon the many disorder effect on a wounded child, such as Dr. Jekyll and Mr. Hyde's case, a dissociative identity disorder, left cortex underdevelopment, increased left hemisphere EEG abnormality, and left-hemisphere (verbal) deficits. Then, I remember Aziza, putri Laila in A Thousand Splendid Suns who often stutter when speaking because Rasheed often abused her. Duh,  I do hope I am not having that severe disorder. Thanks God.

How to Cope with the Traumatic Experiences

I remember Laila and Aziza and how they try to cope with the traumatic experiences. How they struggle to open their heart and move on. Make a happy new memory to replace the bad one. They do it slowly and patiently. Believe that God always is with them.

They accept that past can’t be changed, but we can change the future. Besides, there are too many to feel blessed for. Being healthy and having the second chance to be happy with the love of her life. Tariq. Laila believes that they can fight and survive when they are together.

Well, I feel the same way. I mean I always consider myself lucky. Though, I have and face my demon. My bad experiences. I do believe that every bad thing will last. Nothing is worth remembering but to be more grateful that life is giving us another chance. Chance  to become a better person. Insya Allah. 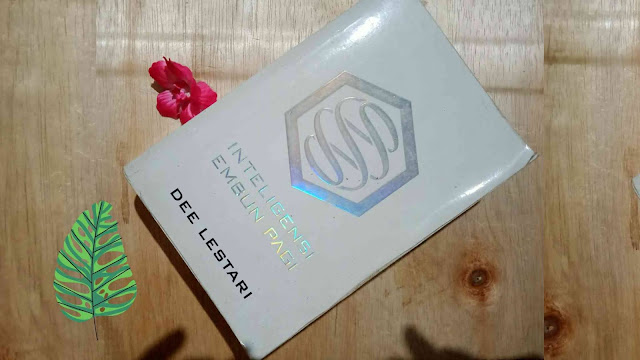 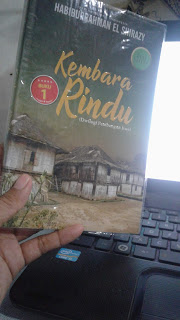 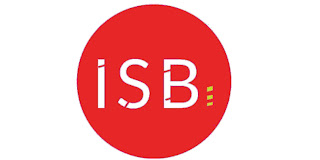